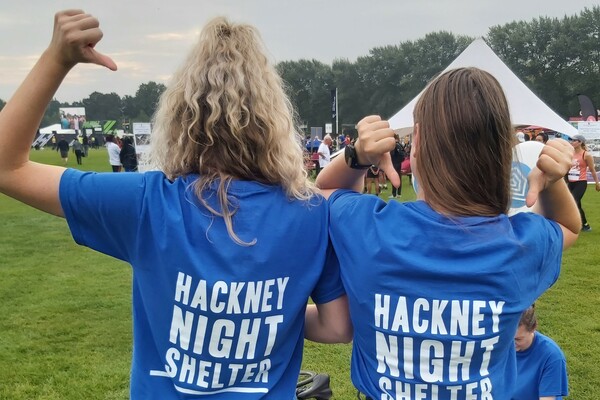 On Sunday 26th September 47 runners took part in the Hackney Half to raise much needed funds for the shelter.
29 Sep 2021

A group of brilliant volunteers, coordinated by trustee Jeni Konko put on a fantastic after party at the Deli Downstairs in Victoria park with donated and home baked food and drinks to re-fuel the runners.

There were goodie bags for all our runners, with treats donated by our friends at The Savourists, Clif Bar, Olly’s Snacks, Aesop and London City Runner.

The Deil Downstairs’ owner, Sophie Taylor, not only invited us to take over her venue for the day, she herself also competed the Hackney Half in aid of Hackney Night Shelter.

The team looks set to meet their £25k target, with sponsorship still coming in and gift aid to be added.

Charity director Henry Brown thanked everyone involved in making the event such a great success:

“The Hackney Half is our single biggest fundraising event and, after the cancellation of the 2020 Hackney Half, more important than ever. We are extremely grateful to everyone who donates to the cause, especially as we prepare for the winter months ahead.

“Special thanks must go to Russell and Dawn Chopp, founders of The Space Station property agency who supported the team both financially and on the day as after-party volunteers.”

Thank you to all our amazing runners for all their efforts and to everyone who sponsored and supported them. We’re already looking forward to next year!