He lost his home in the depths of winter

During the winter months work could be sporadic and he couldn't cover his rent, he began living in a tent in Hackney Marshes. 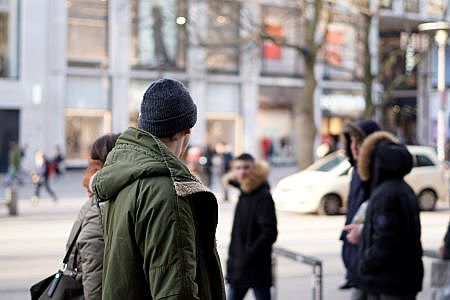 Chris spent most of his adult life working in the city as a trader. Around two years ago, he decided to pursue his love of nature and the outdoors and he changed jobs to become a gardener.

During the winter months, though, work could be sporadic, and he suddenly found that he was finding it hard to cover his rent. Chris struggles with addiction which made things even more difficult and, with nowhere to turn, he began living in a tent in Hackney Marshes.

Chris lost his home in the depths of winter and so when he arrived at HWNS he had a terrible cough that wasn’t getting any better. We encouraged him to go to hospital where he was diagnosed with pneumonia. While he recovered, our team worked with Hackney Council to make sure there was accommodation ready for him to go into when he left hospital.

Chris is now getting back on his feet, living in temporary housing in South London.

* Guest names have been changed to protect their identity

Donate Make a one-off payment, or set up a regular donation
Volunteer Volunteer your time to help us in the shelter, at events or professionally
Hackney Winter Night Shelter is a Hackney Doorways project. Registered Charity number 1139183 Company number 07064774
Log in | Powered by White Fuse